I finally got my "about me" page finished: 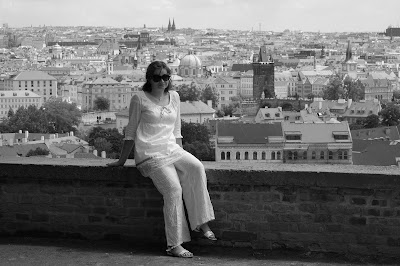 (Praha 2008)
My name is Margitta.
I grew up in the Rhine valley in the south of Germany together with five siblings in an old-fashioned family. I joke that I grew up in the 50s even though I was born in 1975.
After highschool I took a gap year and visited France, Britain and lived for three month in Haiti.
Then I went to nursing school.
Two years prior to that I had met a norwegian guy at my brother's wedding.
That summer he visited me again and I finally gave in and became his girl friend :) 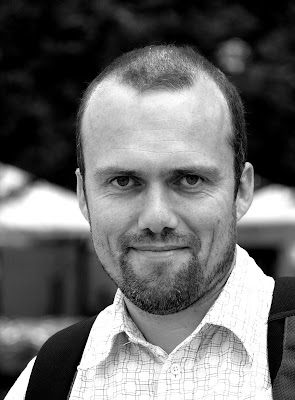 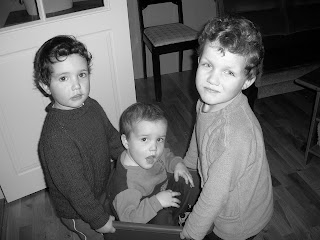 By this time I had finished nursing school. My husband had worked for two years in Germany. We went to a bible school in Austria for one year and finally moved to Norway.
All three boys are born in different countries.
2005 brought a little princess to our family. 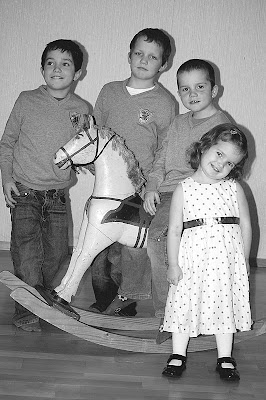 In 2009, while pregnant with nr5 we bought my parent-in-law's house and they took over our tiny one. 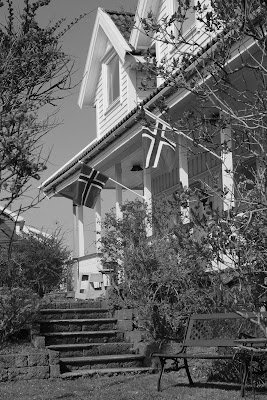 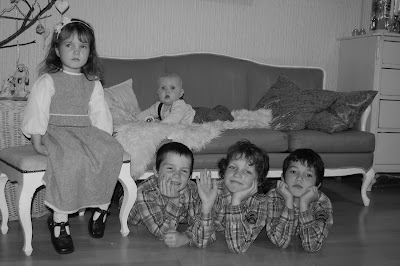 Looking back on the years gone I doubt the years to come will be boring...

"But seek ye first the kingdom of God,
and his righteousness;
and all these things shall be added unto you."
Matthew 6:33
Posted by Margitta at 18:09